The anxiety of one mass shooting after another has led some churches to start training and arming their worshippers with guns. Not all security experts support this approach, but it has gained momentum as congregations across the country grapple with how to secure spaces where welcoming strangers is a religious practice.

“Ten years ago, this industry was not a thing,” said David Riggall, a Texas police officer whose company trains churchgoers to volunteer as security guards. “I mean, sanctuary means a safe place.”

In 1993, Doug Walker said security wasn’t at the fore of his mind when, as a recent Baptist seminary graduate, he founded Fellowship of the Parks church in Fort Worth. But six years later, after a gunman killed seven people and took his own lifeat another church in the Texas city, the pastor said his thinking changed.

Today, the interdenominational church has four campuses and 3,000 worshippers on an average Sunday, Walker said. It has increased security as it has grown, asking off-duty police to carry weapons at church events. And it recently hired Riggall’s company, Sheepdog Defense Group, to train volunteers in first aid, threat assessment, de-escalation techniques, using a gun and tactical skills, such as clearing rooms during an active shooting.
Click to expand... 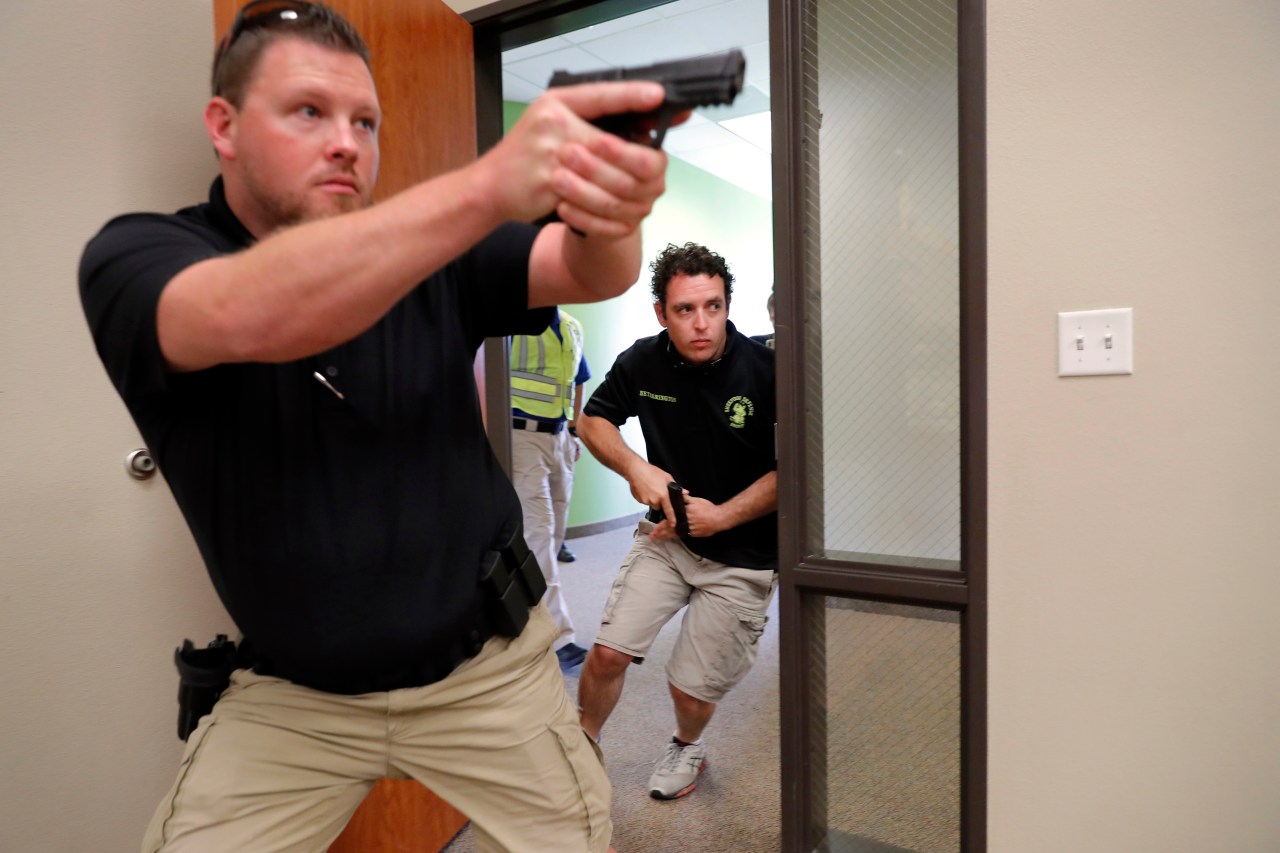 Acrid gun smoke clouded the sunny entrance of a Texas church on a recent Sunday.

First, why is this even slightly newsworthy since the religious entities are paying a licensed security firm who has ‘certified & trained’ “volunteers” to roam their respective religious properties ~ cited reference quote:

The so-called sheepdogs are insured and technically employed by the company. But they volunteer doing security at their own churches, which in turn pay Riggall. Unquote...

Second, since you posted the newspeek article Texas sub-forum, why not Alabama’s since this state is also mentioned or better yet why not Oregon’s sub-forum since your cite is KOIN ~ Portland Oregon’s [KOIN 6 News has been Portland’s CBS affiliate since 1953]